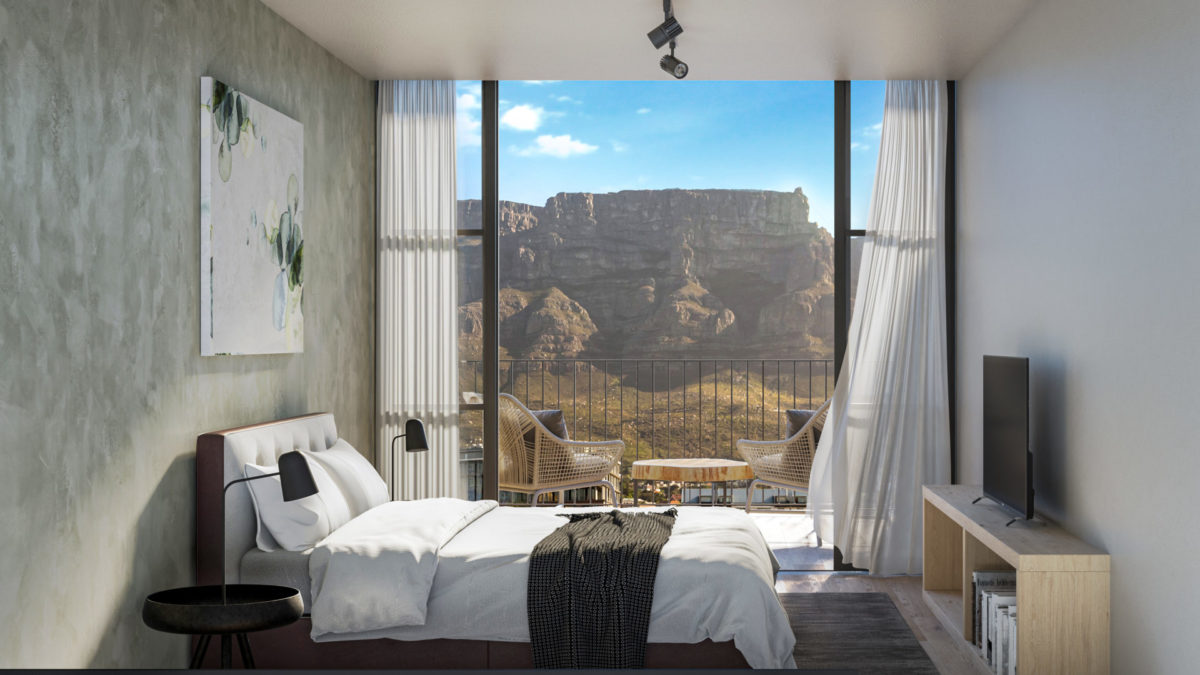 Cape Town, 4 February 2021 – Cape Town’s new apartment and mixed-use property development The Harri is selling off the last of its 48 studios and lofts to South Africans wanting to put their tax liability to good use by investing in a Section 12J tax investment scheme.

Partnered with Anuva Investments Limited, a registered venture-capital company and financial-services provider, The Harri’s Section 12J Flyt Select Fund allows local buyers at the highest marginal tax rate of 45% to deduct from their tax liability the full amount of a new unit in the Harrington Street development in Cape Town’s East City Precinct. Only 12 of the 48 units remain unsold, priced between R1,399,995 (studio) and R2,699,995 (loft).

“Government’s intention of stimulating economic activity and creating jobs by designing the Section 12J mechanism has been a win-win not only for local buyers, but also for us as developers,” says Jeffrey Kleu of property-development company Sepia and Silk. “We’ve been able to keep a workforce of 250 people and 10 local businesses employed and contracted, while still offering a prime opportunity for buyers in an expensive area.”

Despite a hard national lockdown at the end of March last year, The Harri continued to sell units off-plan. “We sold to investors wanting to buy to rent, parents buying an apartment for their student kids, or just a holiday flat,” says Kleu.

The development, which is optimally located in the heart of Cape Town’s design district, offers a blend of apartment living with open-plan, tastefully furnished co-living and co-working space, and includes fireplace lounges, a TV room with a large smart TV and access to Netflix, three dedicated Zoom video-chat rooms, a rooftop terrace with a gas braai and mini-bar area, and hotel-grade amenities like wifi, a concierge, a housekeeping service and 24-hour security.

Section 12J investments were first introduced in 2009 by the South African Revenue Service (SARS) on instruction from National Treasury. Further amendments to Section 12J of the Income Tax Act 1962 were made in 2015, sparking increased interest. The tax incentive allows property buyers to write off their investment amount against their tax liabilities in the year in which they buy, provided that the investment is with a qualifying small-to-medium sized enterprise (SMME). SMMEs are considered crucial for economic growth and job creation. Qualifying SMME sectors include hospitality, renewable energy and manufacturing.

“We’ve set aside a pool of units at The Harri to form a part of our new aparthotel offering which will start operating from the moment we launch in May this year,” says Kleu. An aparthotel combines the best of five-star hotel amenities with luxurious self-contained apartment living. An aparthotel qualifies as a 12J investment as it meets three criteria: it’s furnished, it has a food offering (in its restaurant), and it’s let out to short-term renting guests.

A buyer’s apartment is rented out to short-term staying guests, and the income generated is put towards servicing the buyer’s bond. The buyer covers any shortfalls or retains any surplus.

And right now it’s a buyers’ market, Kleu notes. “Since we launched, interest rates have dropped from 10,25% to 7%,” he says. “This plays directly into the hands of the buyer because they’ll be paying substantially less on bond instalments, or it enables them to buy a much better apartment at a higher price point.”

Harrington Street has been at the heart of much of the recent revival of the East City, which was previously a gritty industrial-commercial area. Major developments here include the upgrading of the Cape Town City Hall at a cost of R27 million and The Old Granary at R31 million, the purchase of the Nicro head office on Harrington Street by a European company, Groupe SOS, for R30 million, and the opening of a R75-million five-star boutique hotel on Church Square.

The Harri was creatively conceived by Steven Lampert and Lisa Blacher who were seduced by the contagious energy of the East City Precinct, which motivated them to invest in the area by purchasing 75 Harrington Street. They then joined forces with Jeffrey Kleu, who in collaboration with Lampert have injected their unique expertise, to create The Harri. Lampert is the founder of KidKraft, Inc., a global premium wooden-toy manufacturer and distributor. Lampert is no stranger to identifying a concept and expanding it on a global scale, having built KidKraft from a fledging toy company in 1993 to one of the largest toy companies in the world, with offices in Dallas, Amsterdam and Hong Kong. Kleu is a property investor, developer and broker whose most recent project was Park Corner in Rosebank, Johannesburg, an eclectic mixed-use development that’s had rave reviews in, among others, the Mail & Guardian, Habitat magazine and Wanted Online.