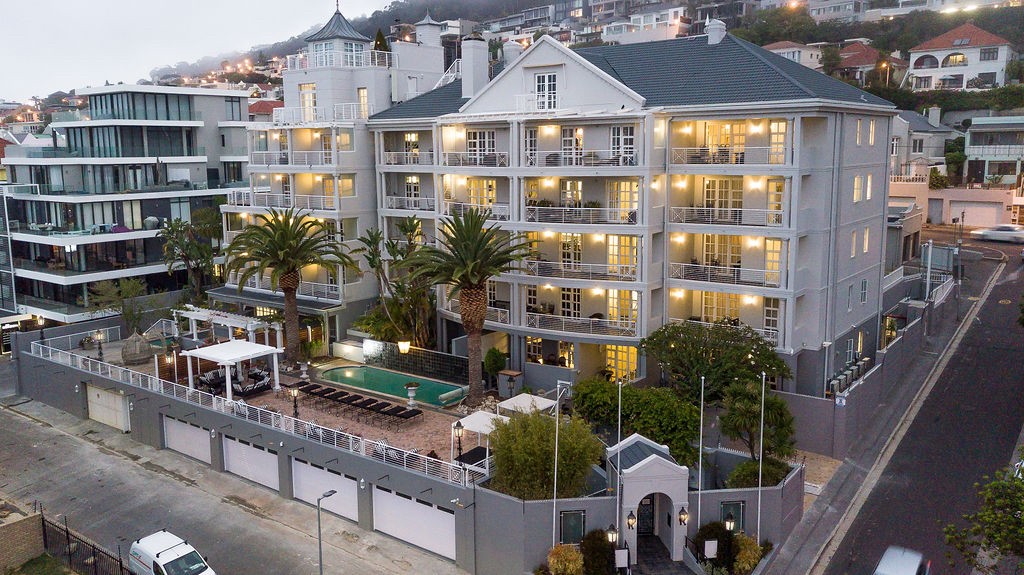 Cape Town, 6 January 2020 – South Africa’s hotel development market, and specifically Cape Town’s, is showing astounding buoyancy despite a tough economy and the after-effects of the drought. Innovative ways of accommodating corporate and leisure travellers, such as ‘aparthotels’ or serviced apartment-style hotels, are quickly gaining momentum.

Recent figures highlight that five-star-hotel occupancy in Cape Town, where many aparthotel operators are located, has increased by 4% over the last year, while the average daily rate (ADR, the average realised room rental per day) has grown by 2,6%. The four-star sector’s occupancy, despite new hotel entrants, has also increased, by 1,6% and with a 2,2% increase in ADR.

“Cape Town’s tourism resilience and attractive rate of return are making property buyers move to other, non-traditional options of buying property, like buying an apartment in a hotel property and then leasing it back to the hotel and enjoying a good monthly return that mirrors the uptick of local tourism,” says Wayne Troughton, managing director of HTI Consulting, a development consultant for the hospitality sector across Africa and the Middle East.

A working example of this is Romney Park Luxury Apartments, previously a five-star all-suite hotel in Green Point which for six consecutive years won the AA’s Best All-Suite Hotel in South Africa award. Following a multimillion-rand redevelopment in 2018, Romney Park now offers for sale fully furnished apartments to local and overseas buyers, which are leased back to an on-site hospitality management company, The Stay Collection, to operate as self-contained hotel apartments, along with all the bells and whistles of a five-star luxury hotel.

“The so-called 12J investment option, derived from Section 12J of the Income Tax Act, has had a strong influence on the development of aparthotels because it offers a tax rebate to investors in apartments that are operated as hotels,” explains Troughton. Section 12J was introduced into the Income Tax Act to provide individuals, companies and trusts with a tax incentive to invest in “venture capital companies” which fund small- and medium-sized enterprises that are believed to have long-term growth potential in economic sectors that are often hard-pressed for financing.

In addition, says Troughton, “Aparthotels offer a more flexible product, whether staying on a short- or long-term basis, giving guests more space, and the opportunity to self-cater while also enjoying the food and beverage amenities on the property like a restaurant or room service. And prices aren’t vastly different when compared to traditional hotels, so it represents a greater value for spend.”

Romney Park traded as a five-star hotel for 21 years, during which time it built an enviable repeat-guest client base, especially among film and photographic crews wanting the space and luxuriousness of its rooms and premises, as well as the appeal and convenience of its Green Point location. “Since our redevelopment, the repeat-guest client base has been a massive attraction for property owners buying our apartments, as it offers them some kind of guarantee that they will earn a return fairly quickly, and this mitigates risk to some extent,” says Reuling.

Serviced apartments in Africa represents less than 1% of all hotel rooms, whereas internationally the figure is closer to 10% of supply. South Africa’s highest concentration of serviced apartment-style hotel developments, with 1% of total rooms, is in Cape Town. Several new aparthotel developments entered the Cape Town scene in recent years, including The Protea North Wharf, Capital Mirage, Onyx, Radisson Blu Hotel and Residences, and Harbour Bridge Hotel & Suites. The Marriott Residence Inn, which forms part of the highly anticipated Harbour Arch development on the Foreshore, will start trading once the development is completed.

“While there’s a strong indication that the market is recovering post-drought and the entry of new supply is improving, the highs achieved in 2017 have yet to be recovered,” says Troughton. “Although the five-star segment is close to achieving those highs, a high level of new supply is planned to enter the market within the next three to five years, and this will continue to place pressure on the market.” Troughton quotes facts such as growth in air capacity, after United Airlines started its nonstop Cape Town-New York service so the new supply of hotels to expected to be absorbed relatively swiftly,” he concludes.

Buyers wanting to invest in aparthotel developments should assess the merits of their possible asset by asking themselves questions such as “Is the apartment and its greater property well located?” “Is it well priced, both as a selling price and as a hotel-room price?” “How intricate and sound is the lease agreement between the property owner and the hotel/hospitality management company that will be operating the apartment?” “Is the apartment and greater property close to transport links and the area’s attractions and amenities?” “Is the projected return feasible and based on a proven history, and what service costs and maintenance does it include?”

Hospitality and Tourism International Consulting was formed in 2003. The objectives of the business are to service the strategic and operational needs of public and private sector hospitality and tourism organisations, focusing on developments in Africa and the Middle East. HTI Consulting specialises in the gathering, analysing and interpretation of sensitive market and financial data and the production of market and financial feasibility and viability studies, business plans, marketing strategies and project concepts for hotel, residential, real estate, leisure, conference and integrated resort developments.

Situated on the Atlantic Seaboard of Cape Town, South Africa in the lively suburb of Green Point, Romney Park is an idyllic luxury residence and sought-after address for owners looking for secure and private first-class Cape Town living. Romney Park’s 26 luxury apartments, all with large, north facing balconies and many with panoramic sea views, are spacious and beautifully designed and include amenities like air conditioning and underfloor heating. Some units come with a private splash pool, a jacuzzi, antique furnishings and private rooftop gardens, while all include a storeroom space and on-site parking. A stone’s throw away from some of Cape Town’s most popular attractions, Romney Park will serve as an ideal buy-to-live or investment opportunity for local or international buyers.