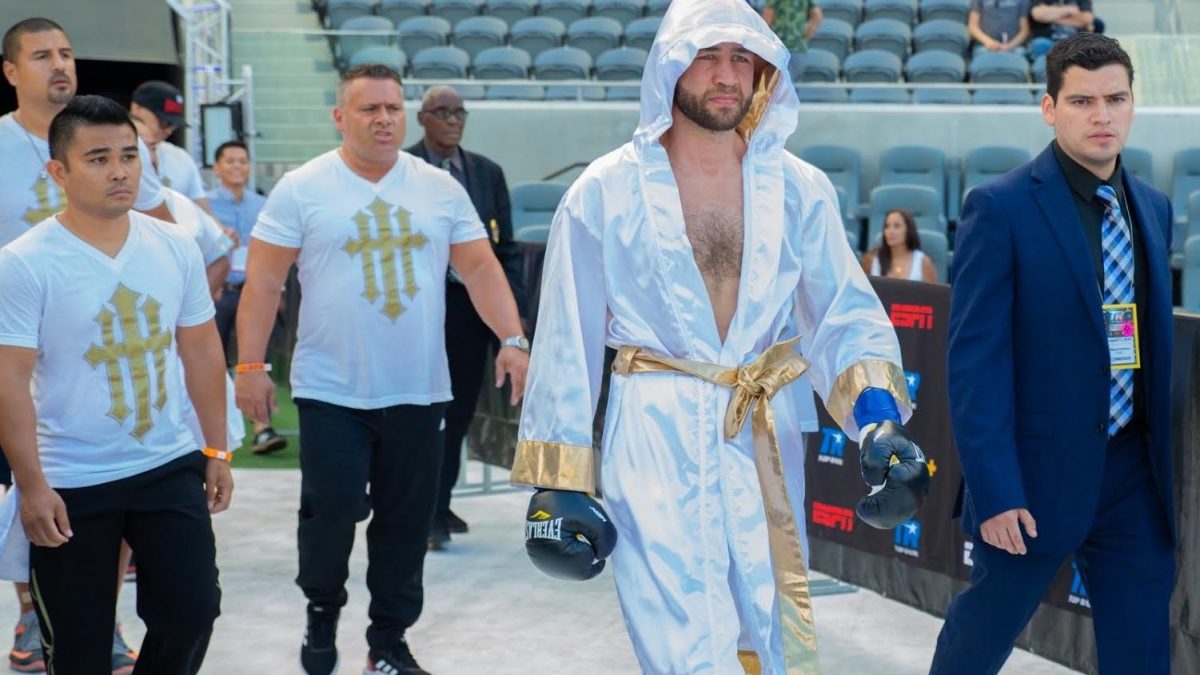 Cape Town, 17 September 2019 – South African former International Boxing Organisation (IBO) welterweight champion Chris van Heerden is giving back. The 32-year-old professional boxer, who relocated to Los Angeles, California in 2013, is the first of a series of international sporting stars to join the new entertainment platform Fight To Fame. The blockchain-powered platform will not only provide entertainment for sports and movie fans around the world, but will also create an opportunity for rising young boxers and martial artists to show off their skills to a global audience and earn funding to propel their development.

Developed by a large team including Tim Smithe, a veteran in television writing and producing and a former professor of marketing at Columbia University, and international energy expert and government policy advisor Dr Farzam Kamalabadi, Fight to Fame has been launched to a global audience.

Tim Smithe says, “One-time household action-star names like Sylvester Stallone, Arnold Schwarzenegger and Jackie Chan are gradually fading out of Hollywood. There’s a lack of new-generation action-movie stars who appeal to a global audience, partly because global martial-arts promotion companies have the monopoly and control who of the stars rise through the ranks and who doesn’t.” Fight To Fame, in coordination with its ambassador champions like Van Heerden, aims to throw open the search for the world’s top action talent and next global fighting champions through a series of combats and trials. To ensure fairness and transparency in the competition, the platform puts power in the hands of a global fan base by allowing them to vote with cryptocurrency tokens.

The use of blockchain and big data will also assist with financial and talent management, and open doors for the company to collaborate with major gaming and entertainment companies around the world. Smithe, who points out that the big martial-arts promotion companies currently control profit share too, says, “Fight To Fame is hoping to break this monopoly by building an ecosystem that will provide all stakeholders, including fighters, stars, fans and advertisers, with the tools and incentives for deeper interaction and engagement.”

The platform will host action-star boxing-championship competitions, with online fans around the world viewing and betting on the matches using cryptocurrency tokens, in this way truly interacting and engaging with the competitions. The fighters, in the meantime, benefit financially from contracts between them and the competition owners – Fight To Fame will sign champions from the competitions and promote them into Hollywood blockbuster movies such as the Fast and Furious franchise.

“I’m so excited for this project. The reason I joined Fight To Fame is because I get an opportunity to showcase our incredible South African talent all over the world. I want nothing more than to showcase fighting talent and provide an opportunity to young people,” says Van Heerden, who will not only be promoting the platform to up-and-coming fighting talent but also taking part in the competitions.

Fight To Fame plans to be available in English, Chinese, Japanese and Korean user interfaces. More languages will be added over time. It will be accessed through mobile and desktop browsers, Android and iOS apps.

About Fight To Fame

Fight To Fame is a sports entertainment platform that uses a unique first-of-its-kind blockchain foundation to find the world’s next action-film superstars. Using blockchain technology, Fight To Fame will help fans support their favourite contestants, and bet and vote on matches, while at the same time enabling fighters to monetise their talents and retain more of their own profits.