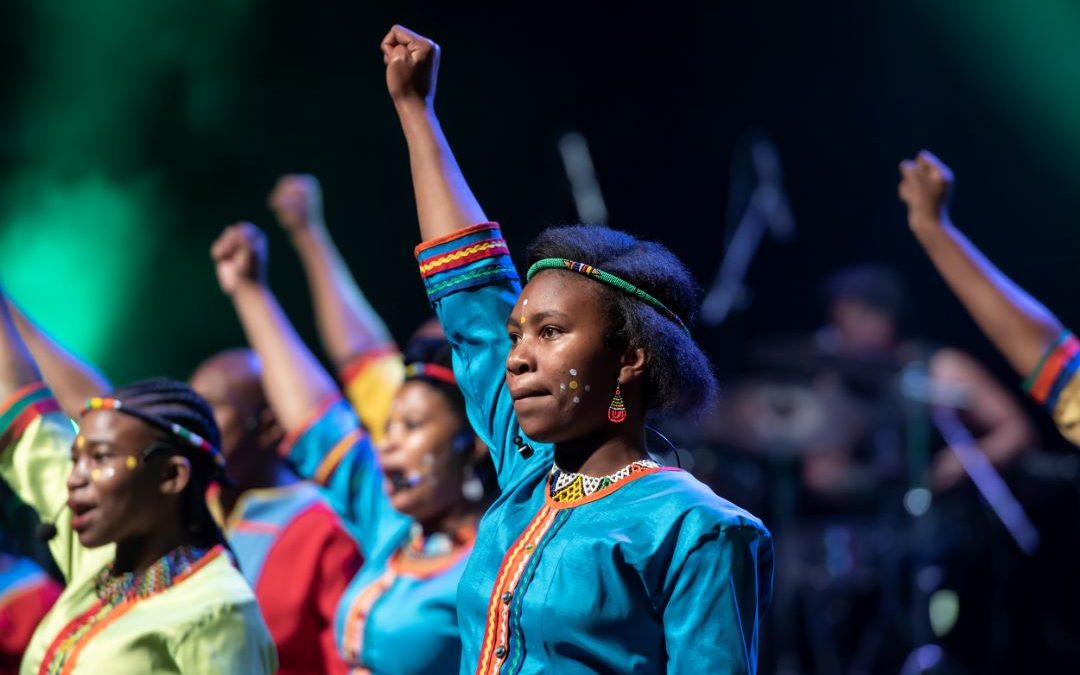 Johannesburg, 9 July 2019 – “Can’t Take It From Me”, a single released two months ago by American supergroup Major Lazer, took a turn for the better when Mzansi Youth Choir performed a stunning a-capella cover of it – which Major Lazer then picked up and reposted to their 10 million social-media followers. To view the cover, click here. To view the original single, click here.

“The lyrics of the single easily resonate with us South Africans,” says Babalwa Maqungo, head chorister of the Mzansi Youth Choir, “and its verses build up tension towards an incredible chorus, which we felt had to be performed in our distinctively South African sound, Isicatha-Clap – a blend of isicathamiya from KwaZulu-Natal and clap-and-tap from Limpopo.” The song and the Isicatha-Clap style, which Maqungo describes as a blend of the northern and eastern styles of South Africa, were “a perfect way for us youth of Soweto to pay tribute to our elders”, she says.

Before the video had reached 1 000 views on the choir’s Instagram platform, Major Lazer had reposted the cover to their platforms, and views shot up to over 35 000 within a couple of hours.

Established 16 years ago, the Soweto-based choir of teenagers and young adults has become a formidable local and international voice, most recently performing with Beyoncé and Nigerian superstar D’Banj at the Global Citizen Festival in Johannesburg in December 2018, as well as with Lira on local talent-search programme The Voice South Africa. Earlier this year they performed for the Egyptian president at the Arab and African Youth Platform in Aswan, Egypt, and collaborated with Vusi Mahlasela to perform a cover of David Goldblum’s “Say Africa”, which Mahlasela originally performed at the opening of the 2010 FIFA World Cup.

Responsible for hits such as “Lean On” and “Particula”, Major Lazer’s music spans several genres, including reggae, dancehall, reggaetón, soca, house and moombahton. The trio has collaborated with multi-chart-topping world-renowned musicians such as Pharrell Williams, Sean Paul, Travis Scott, Snoop Dogg, Ellie Goulding and Ariana Grande. “Can’t Take It From Me”, released in May this year, features Jamaican singer-songwriter Skip Marley, the grandson of legendary reggae singer Bob Marley.

“What made the Major Lazer cover so cool was how quickly they responded to our performance,” says Maqungo. “Never did we think they would pick up on this so quickly, considering how famous and huge they are. We’re so grateful to Major Lazer
for doing this. It was completely unexpected, and it will be really interesting to see what comes of it. The sky is the limit.”

The Mzansi Youth Choir was established in July 2003 with the aim of affording talented, underprivileged teenagers and young adults (14-24 years) the opportunity to proficiently perform locally and abroad. Their vision is also to package, re-package and create new African Music. The choir consists of 60 choristers from Soweto and other areas in and around Johannesburg. The choir recently celebrated 15 years and are proud to have over 645 children pass through their hands. Many have gone onto be professionals in their own right.