How local celebs keep their glow through winter 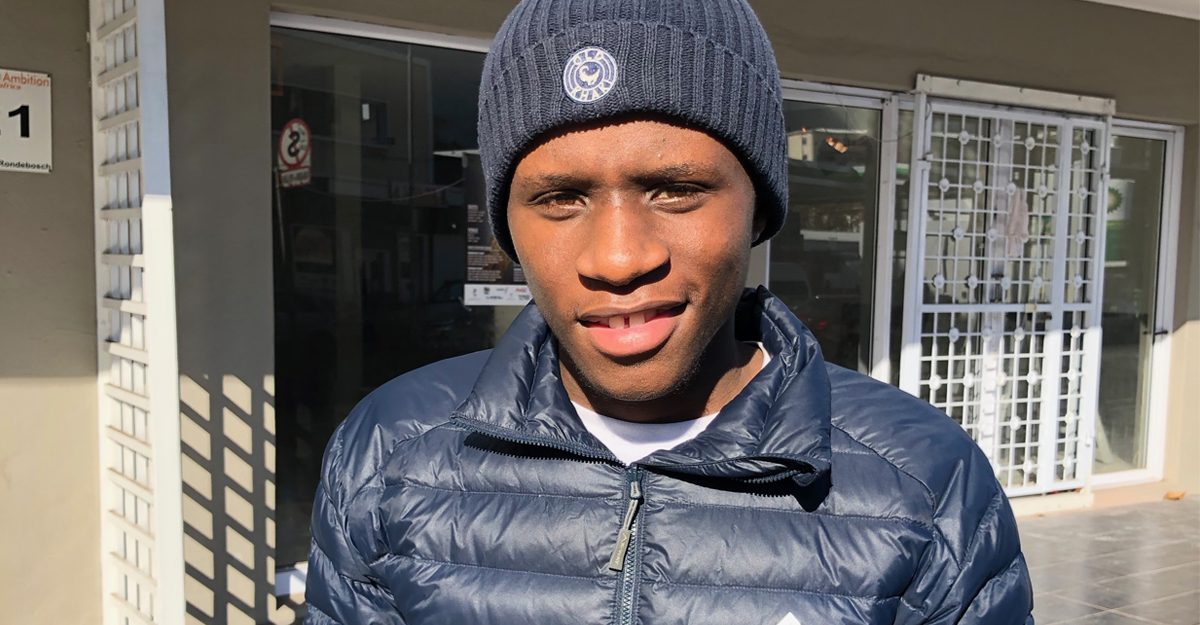 Cape Town, 18 June 2019 – Seventeen-year-old Someleze Mjekula is not your average teenager. Quiet and self assured, he achieved an incredible 100% in physical science in his matric finals last year, overcoming the twin challenges of township living and the woefully underresourced South African education system. It’s enabled him to successfully apply for a place in the University of Cape Town’s BSc (Eng) Mechanical and Mechatronic Engineering degree programme.

The Mdantsane teenager’s remarkable results are partly down to his own aptitude but it was his mother and the novel after-school extra-tuition programme, Kutlwanong Promaths, that pushed him to achieve full marks. “She was very supportive of my education,” he says of his mom, “but she battled to understand why I was getting marks in the 90s and not 100%. She was shouting, she would get angry, I don’t know what for because I worked hard, but she didn’t care. She just wanted a 100%.”

It was at Umlazi High School in Grade 8 – which he jokingly refers to as a “concentration camp”, especially over the exam season – that he was introduced to Kutlwanong Promaths. The extra-tuition township network programme of 15 centres offers Grade 10-12 learners extra lessons in maths and science from Friday to Sunday. Datatec, the multinational ICT solutions and services group, sponsors the Mdantsane centre of Kutlwanong Promaths.

Looking back, Someleze believes the competition from fellow learners in the Promaths class forced him to aim for higher marks. “I was averaging between 60% and 80%, but my fellow learners were getting above 90%, which just pushed me to get there.” The centres, which attract learners from various high schools in the communities in which they are situated, have established an all-encompassing model of learner care and development, which includes a good degree of peer-to-peer support, and incentives for top performers (such as a weekend away in Cape Town). They also foster a sense of responsibility among learners, encouraging them to practise respect and diligence in everything they do, teaching life skills that will benefit not only the students’ studies but build character too.

“I would attend Promaths classes on a Friday from 3pm to 5pm, then again on a Saturday from 8am to 3pm and also on a Sunday from 8am to 11am. Maths was always my strong point, so I was surprised when I got above 90% for science as well – that made me really happy,” says Someleze.

Raised in a single-parent household after his father passed away a day after he was born, he grew up in a modest township home with two elder sisters, where there was just enough income to pay for things like transport to school. His mother worked hard to provide a stable home life, so it’s perhaps not surprising that a Hollywood movie that celebrates the remarkable achievements of black female mathematicians inspired Someleze. The 2016 American biographic drama Hidden Figures tells the story of the women who worked at NASA during the Space Race, and how one in particular, Katherine Goble, overcame institutional racism and sexism to calculate the trajectories of Apollo 11 and Space Shuttle missions, going on to receive the Presidential Medal of Freedom in 2015.

Promaths runs a university alumni programme too, something Someleze has leaned on as he’s adjusted to the challenges and pressures of his first year at university. “The workload is hectic and I’ve had to change my study techniques but now everything is good,” he says. “I have the support of a great set of mentors, both on and off campus, including my Promaths mentors.” The alumni programme offers powerful motivational and peer-to-peer support, with activities including revisiting centres, organising matric career days and network sessions.

Someleze is enthusiastic about the role Promaths played in enabling him to realise a dream. “Our principal would remind us that Datatec had donated a lot of money to make our futures better, and that we needed to pull up our socks. Companies should be investing in Promaths, because it helps us a lot.”

Thanks to the support of a loving family, the incredible tuition of Promaths and the inspiring story of a Hollywood movie, Someleze’s future looks bright.

About Datatec Education and Technology Foundation

Datatec, a Johannesburg-based multinational information and communications technology (ICT) solutions and services group, is a company with a heart. Recognising that education is the base on which a successful economy is built, the company funds educational organisations serving underprivileged communities across the country through its Datatec Educational and Technology Foundation. In this way, Datatec gives back to the country and the economy that fostered its initial growth.

The Datatec Educational and Technology Foundation funds educational organisations whose purpose is to improve education within underprivileged communities in South Africa. Datatec’s corporate social investment (CSI) spend is directed into educational initiatives consisting of school-level intervention programmes for learners and teachers, and educational bursaries. Other initiatives include the provision of technology infrastructure and skills development for unemployed youth.

Through the support of school-level intervention programmes in maths and science, the Datatec Foundation has been able to directly benefit nearly 4 300 learners and 500 teachers. Better skilled teachers indirectly benefit over 100 000 learners in various parts of the country. The Datatec Foundation is financially supporting a number of foundations in South Africa, including the Tomorrow Trust, the OLICO Foundation, the Vula Programme, AfrikaTikkun and the Kutlwanong Centre for Maths, Science and Technology.